LAS VEGAS, Jan. 7, 2018 /PRNewswire/ -- Robosea today announced that it has been named as the CES 2018 Innovation Awards Honoree for BIKI - a consumer-based product. Products entered in this prestigious program are judged by a preeminent panel of independent industrial designers, independent engineers and members of the trade media to honor outstanding design and engineering in cutting edge consumer electronics products across 28 product categories. 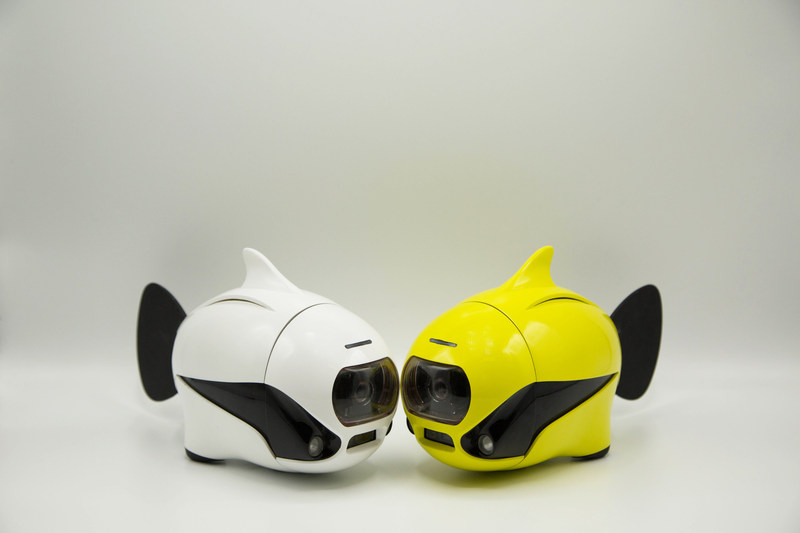 We are living in a time, when the aerial civilian drones and on-land robots designed for education & service are everywhere. However, there's no underwater robots exclusively designed for the consumers, so the market prospect of such product is promising. BIKI is created for the purpose of lowering user threshold, reducing operational difficulty and cost. Robosea's been working hard to develop a real intelligent product which is ready for use as long as it's powered on. With it, people would enjoy their underwater moments more than they may expect.

BIKI is small, light and portable with a weight of just 1200g. It's built on the bionics and hydromechanics theory, which means BIKI looks and moves like a real fish. It's driven by the bionic caudal fin, which is more efficient than that of propeller-driven ones. Besides, BIKI is also integrating high-tech features, such as return to base, infrared obstacle avoidance, underwater acoustic communication and GPS.

"I am so proud of winning this honor," said Xiong Minglei, CEO&Founder of Robosea, "BIKI is the first bionic underwater fish robot which's developed on the basis of a more-than-ten-year R&D achievement carried out by Peking University. It's designed for the purpose of making the costly, high-tech underwater robots available to the ordinary consumers, and I am sure that people who love underwater activities can share a fantastic time with BIKI."

BIKI will be displayed at CES 2018, which runs on January 9-12, 2018, in Las Vegas, Nevada. CES 2018 Innovation Honoree products are featured on CES.tech/Innovation.

Robosea has built by a team of more than 50 members, of whom more than ten members have obtained doctor/master degrees. The key members of the team for technical support come from international well-known institutes such as Massachusetts Institute of Technology (MIT) and Max Planck Institute (MPI). While the expert & advisor team is made up of the experts come from Engineering Institute of Peking University. Robosea has received more than 40 patents, including one PCT, while dozens are in the review process.